Multiverse, astral travel, magical portals… Time plays a huge role in the latest entry to the Marvel Universe, Doctor Strange. And of course, the sorcerer supreme ought to have a kickass watch collection. I promise not to go all technical in order for everyone to enjoy. Here’s 4 out of the 9 watches spotted in Dr. Stephen Strange’s collection. 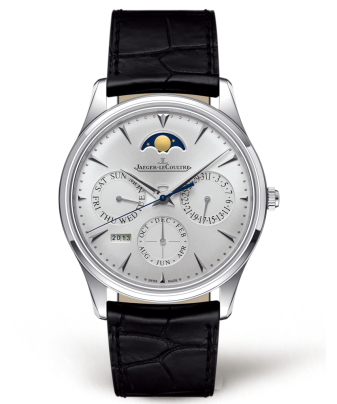 The most prominent watch (with the longest wrist time) is the Jaeger-LeCoultre Master Ultra Thin Perpetual Calendar. In the film, Dr. Strange’s JLC MUT Perpetual Calendar has a solid case back while it originally comes with a sapphire crystal display case back.

It is the perfect dress watch at 39mm in case diameter and absolutely crazy 9.2mm thick (or should i say, thin?). The movement encased within the watch has a total of 336 pieces of highly-finished components; a feat only master horologists could accomplish. As its name suggest, the JLC MUT Perpetual Calendar got you covered from the second, minute, hour, day, date, month and year, and no adjustment needed until the year 2100. Forget about Februaries and leap years, Dr. Strange leaves it in his luxurious watch winder and put it on his wrist as he likes.

Note: I can’t tell you how much I adore this watch, the amount of respect I have towards the brand and how dearly I want to own this mother-of-a-watch some day.

Okay… a respectable, snobbish surgeon definitely has more than one JLC in his collection: Enter the Jaeger Le-Coultre Grande Reverso Ultra Thin 1931 Rouge.

For Dr. Stephen Strange, red is a colour he sees everyday and it is no surprise he owns this iconic, sophisticated timepiece that exudes classy practicality. Reverso? You can basically reverse the case of the watch to reveal its case back, protecting the dial side from outside elements. This feature was meant for polo players who wants to wear a watch without worrying about getting their beloved timepiece smashed by an opponent’s mallet. Simple solution to a early 20th century problem. #throwbackproblems

This boutique special edition JLC Reverso is labelled with the JLC ‘1000 Hours Control’, meaning the watch has literally gone through one thousand hours of testing. I can totally imagine Dr. Strange wearing this timepiece at a casual weekend golf game or attending formal events that don’t involve crashing an expensive car.

Next up, we have two iconic chronograph timepieces: Rolex Cosmograph Daytona in white dial and TAG Heuer Monaco in silver dial. Both watches are rooted deeply in motoring sports which explains the Doctor’s need for speed with his Lamborghini Huracan (it didn’t end well for Strange, duh, just watch the trailer if you haven’t seen the film!). So, they are basically watches with stopwatch function. 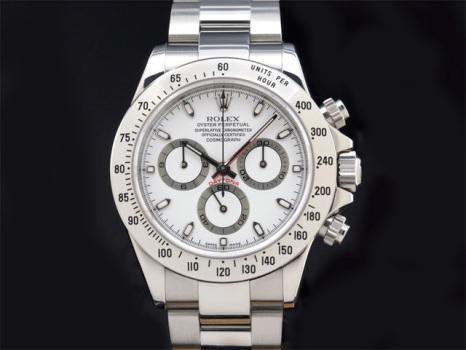 Rolex is the official timekeeper of F1 and the Daytona is no stranger to any watch enthusiast. Legends like Eric Clapton and Paul Newman wore the Daytona; making it a symbol of icon and status, a must-have for Dr. Strange who takes great pride in his profession. The symmetrical dial appears all so charming on the wrist yet practical enough for everyday wear. It is a timepiece made to last forever (with care) and well-suited as a family heirloom or maybe getting it imbued with magical properties to fight villains from other universe.

Interestingly, the Rolex Daytona was one of the test watches for the NASA Space Mission but lost to the venerable Omega Speedmaster. That’s a story in another article.

The next chronograph watch (and last watch in this list) is the TAG Heuer Monaco, a legendary timepiece lauded as the world’s first automatic chronograph watch with a square case. Introduced in honour of the Monaco Grand Prix almost 50 years ago in 1969, the Heuer Monaco was later popularised by The King of Cool, actor Steve McQueen in his 1971 film, Le Mans.

This ‘reissued’ Monaco retains most of the feature in the original Heuer Monaco with its square case, hands, 6 o’clock date window and slightly updated dial. Not exactly a worthy reissue in my opinion.  As a passionate person, I would have expected Dr. Strange to go for the original 1969 Heuer Monaco instead.

That’s all, folks. The remaining 5 watches in Dr. Strange’s collection are barely visible in the trailer. I would think that there is a vintage pilot watch, a roman numeral dress watch, a cushion-shaped watch, a dress watch with sub-dial and another dressy chronograph watch. If you have a clue, let me know in the comments below!

In love with the @jswatch 38mm 101. A combination of German craftsmanship and Swiss precision. Finishing is exceptional, everything from its dial to the movement. This brand deserves more recognition!
Located across the street from @jswatch showroom is their office and workshop. Met master watchmaker Gilbert's son Sigurdur and Head of Design Grimkell in this little studio. It's hidden inside a custom raincoat store that's run by the family too! Got a little souvenir myself 😊
Visited a small watch manufacturer in Iceland; probably the smallest in the world. Producing about 400 watches a year, @jswatch assemble and finish their watches in Reykjavík.
Balanced and sublime
The perfect modern Rolex? Read all about it on @suavewatches - Link in profile
Hate the Mercedes hand? Hate the cyclops date? Hate the fancy rhodium dial and thin baton markers? The 2018 Oyster Perpetual 39 might just be the perfect one.